A Family-style Davy Crockett and the Alamo U.S. History: A Westward Expansion Unit Study for Homeschoolers

This Family-style Davy Crockett & the Alamo Unit Study is generally for students working at a third to level.

Feel free to mix and match with the Early Learners and Middle to High School posts to find activities that best suit your children and their learning styles. Or add in younger or older students too.

This biography is part of the Childhood of Famous Americans series, Davy Crockett: Young Rifleman by Aileen Wells Parks. It’s an exciting (but not scary) look at Davy’s childhood. Great for independent reading for upper elementary or read-aloud for younger kids.

This next selection is part of another of my favorite series, Heroes of History, by Janet and Geoff Benge. Davy Crockett: Ever Westward is a biography in story form that describes some of the harsher realities of living on the frontier in 19th century North America. It’s available on Kindle and Audible; best for ages 10 and up.

Magnificent Sam: The Amazing Adventures of Sam Houston by Laurie Cockerell and illustrated by Travis Dougherty is a picture book for upper elementary kiddos. This book is a great introduction to the man that helped to form a nation and a state and also gives the reader a glimpse into his personality and personal life. It also includes a timeline and discussion questions.

Despite its title, Remember the Alamo, by Amelia E. H. Barr, this book is not so much about the Alamo as it is about a family who lives near the Alamo mission. With this story, you get a glimpse into the daily life of living on the Texas/Mexico border in the early 1800s around the time of the battles for Texas independence. This book is in the public domain and is free for Kindle.

Many tall tales were told about Davy Crockett. For example, two of the most famous ones are how he wrestled Haley’s comet and later a giant alligator in the Mississippi River. Listen as Nicholas Cage narrates the Rabbit Ears production of Davy Crockett. Available on DVD, CD, Audible, and Prime. Carried by many libraries as well.

Have your student create a comic strip of Davy’s life story. Use one of the books that your student used as an independent reader for a literary analysis of that book. Use the Davy & the Alamo Literary Analysis worksheet for Upper Elementary students in the Free Resource Library.

Pretend that you are a TV news reporter visiting the site of the Battle of the Alamo right after the Mexican army defeated the Texans. Answer the five investigative questions on the Investigative Reporter for Upper Elementary Learners worksheet in the Free Resource Library to help you organize what you need to tell your viewers. Be sure to present both sides fairly. Have a parent or sibling video your investigative report.

American poets have been writing poems about the Alamo since it happened. However, many through the years have taken literary license and changed details in order to make the words rhyme. The following doesn’t change history though and is simply a tribute to a legendary man. This poem was originally published in the Houston Telegraph and credited to a T. F. Smith.

The Death of David Crockett
Who Fell at the Alamo, March 1836

HEARD ye that sigh, that melancholy wail,
Borne sadly on by evening’s fitful gale,
Like some lone whisper from the silent tomb,
Shrouding a nation with its saddening gloom?
It comes from Texas, like a dying knell,
Where gloriously the immortal Crockett fell.
Like some tall giant on the field of blood,
Undaunted ‘midst the gallant slain be stood,
He knew no fear-in danger’s darkful storm
He boldly, proudly, reared his warrior form.
His cause-the cause of freedom and the free,
His glorious watchword-Death or liberty.
Sleep, mighty warrior, in thy tombless bed,
The bravest hero of the valiant dead!
Thy name is cherished in a nation’s pride,
Whose tears for thy sad fate can ne’er be dried.
Some sculptured marble yet shall rise, and tell
How Crockett with his brave companions fell.
Freedom shall light her torch above thy tomb,
And freemen write the story of thy doom.
Tyrants shall tremble at thy honored name,
And blush to read the record of thy fame:
While millions, at their annual jubilee,
Shall boast a Crockett lost—a nation free!

Copywork and narration are a real-life way to work on grammar skills. Use the Davy & the Alamo Upper ElementaryCopywork and Narration page from the Free Resource Library.

After your child has written the sentence from dictation, let her see the original to check it with her work. Have her correct her work, so that she knows how it should look. As an extension of the narration, have him underline all of the proper nouns.

Research shows that kids retain information well when they are moving their bodies around, so try this kinetic spelling practice.

Then, let your child use a popper toy, a nerf gun, or a slingshot to shoot down the letters in the correct order.

Use the Davy & the Alamo Upper Elementary Vocabulary from the Free Resource Library to learn new frontier themed words like “lickety-split,” and the adjective “mite”.

You can use the vocabulary words as spelling words, as a word wall to practice copywork, or as flashcards to work on memorizing definitions or just making sure that they understand the concepts.

The Kentucky Long Rifle came into popular use during Davy’s lifetime. Users were able to shoot with increased accuracy because of rifling. Rifling is why ballistic examinations are able to be done on bullets from crime scenes.

Select one of the following projects based upon your student’s interests.

Research Forensic Science Careers. Start with this information from ScienceBuddies.

Learn about the physics behind the concept of rifling and how it’s the same reason that quarterbacks spiral a football in this article from Forbes.

If you have access to a paintball gun (aka paintball marker) try this paintball ballistics science project from ScienceBuddies. (NOTE: This activity requires full parental supervision).

With the introduction of the Kentucky Long Rifle, muskets began to lose their popularity. The rifle was more accurate and was easier to fire because it used a flintlock mechanism. Watch this video from Townsend to see exactly what Davy Crockett’s rifle was like. Next, watch this video from CopperPotGaming to see how the flintlock mechanism works. Finally, see how to load and fire a flintlock rifle with this demonstration from BLMoregon.

Build the San Antonio de Valero Mission (The Alamo) in Minecraft. Use these dimensions for building a to-scale model. Watch this video from SheepSquad that details how to build your Alamo in Minecraft.

For God and Texas is a painting of the Battle of the Alamo by Richard Luce. Luce is a contemporary American artist who focuses on the American frontier and American Indians. You can see his paintings at RichardLuce.com.

Santa Ana had several thousand men in his Mexican army and the defenders at the Alamo only had 200. If we estimate that Santa Ana had 3000 soldiers, what was the ratio of Mexican soldiers to Texian soldiers?

Read these books from the popular Who Was? series. Who Was Davy Crockett? by Gail Herman and What Was the Alamo? by Pam Pollack

And this one is from the popular children’s author, Jean Fritz: Make Way for Sam Houston.

Listen to The Ballad of Davy Crockett as sung by Tennessee Ernie Ford. Disney produced a different version, sung by Fess Parker who starred in the five-part mini-series that aired on ABC which was wildly popular. The last two episodes were made into the movie, Davy Crockett and the River Pirates. You can watch the movie on Disney Plus.

Davy Crockett, Jim Bowie, and all the men who fought for Texas at the Alamo knew that they would probably die fighting the Mexicans. But they still chose to fight for what they believed in. The Bible tells us to be strong and courageous many times.

Have I not commanded you? Be strong and courageous. Do not be frightened, and do not be dismayed, for the Lord your God is with you wherever you go.”

Abram is another example of having the courage to follow his convictions when he leaves his homeland at age 75. Read Genesis 12 to learn more about Abram’s courage.

Be sure to follow my Pinterest board Westward Expansion for more great hands-on activities and ideas for your Davy Crockett & the Alamo unit study!

If you live close enough to San Antonio, take a family field trip to see the Alamo. Here’s a family travel guide to San Antonio from Crazy Family Adventure.

Get your individual printables for this unit from the Free Resource Library. Or Download the whole unit study for all ages complete with daily lesson plans and links to all resources from the Whole Child Homeschool Shop.

Not sure about buying the curriculum bundle? Try out the one-day sampler (for FREE!) first!

Don’t forget to pin this post so you can refer back to it during your Davy Crockett & the Alamo unit study. 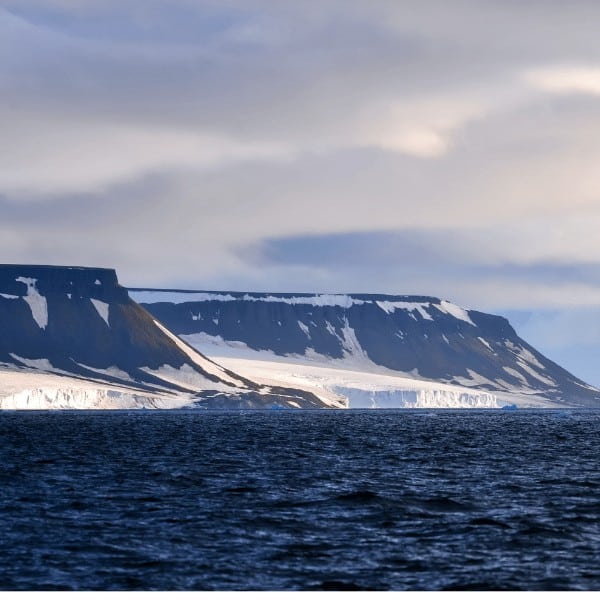 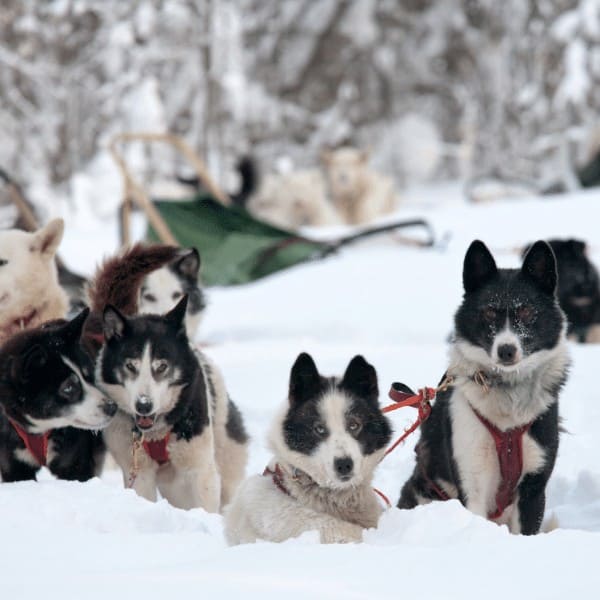 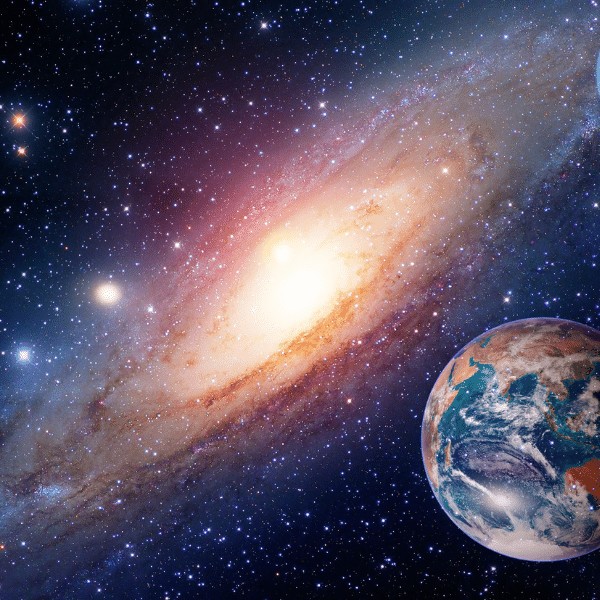 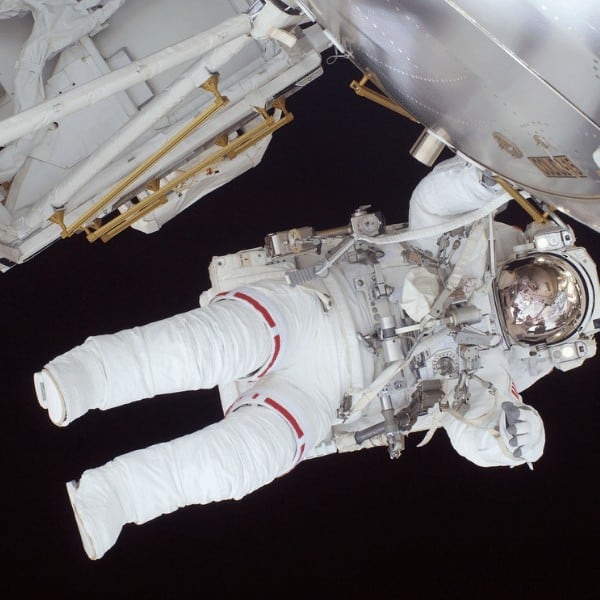