This unit study is based on my Young Earth worldview. However, all activities and materials work equally well for an Old Earth (evolutionary) worldview except for the book The Great Dinosaur Mystery and the Bible by Paul S. Taylor.

Please see the Creation worldview notations throughout the activities if you wish to omit the references to evolution.

These early learner lesson plans are generally for preschool to second grades. To add in older students, see the

My Father’s Dragon by Ruth Stiles Gannett is a classic that all of my children have loved. If you have advanced readers (third-grade level) they should be able to read this book independently.

If your family has already read My Father’s Dragon, a lesser-known classic to try is Kenneth Grahame’s The Reluctant Dragon. (Grahame also wrote The Wind in the Willows.) In this story, a polite dragon, a boy, and St. George come up with a clever plan to save the dragon when the people of the village want St. George to slay the dragon. There’s also an audiobook version on Audible.

How Big Were Dinosaurs? by Lita Judge compares different dinosaurs to modern-day animals to help children understand how big the extinct creatures were. There’s another book with a similar title, called How Big Were THE Dinosaurs?, that I haven’t vetted.

Goldilocks and the Three Dinosaurs by Mo Willems is a hilarious take on the traditional Goldilocks tale in which Goldilocks finds herself in the middle of the wrong tale. Parents and kids alike will love it!

Edwina: The Dinosaur Who Didn’t Know She Was Extinct by Mo Willems is the most favored dinosaur book at our house! (Mo Willems’ books are always popular with my kids!) This sweet book about friendship shows that your biggest supporter may come from the least expected place.

King Arthur’s Very Great Grandson by Kraegel is a great introduction to mythical creatures: leviathan, , , and a dragon. Henry, who is the great great great great great-great-great-grandson of King Arthur, sets out on his sixth birthday with his trusty sidekick Knuckles, the donkey, and looks for adventure. He does not find the battle for which he went looking but instead finds new friends.

We bought a copy of Once Upon a Mastodon by Bonnie Worth when we visited the museum at Mastodon State Historic Site just south of St. Louis, Missouri. There we saw replicas of a Mastodon skeleton and Megatherium americanum, a giant ground sloth. Most prehistoric animals were much larger than today’s animals. For example, the giant ground sloth was the size of an elephant while modern-day sloths are the size of a cat. One theory for the size differences is that before the Fall in the Garden of Eden, the atmosphere contained a larger percentage of carbon dioxide, which allowed creatures to live longer and grow larger. Creation worldview note: There’s one mention of “two million years ago” on the first page.

Danny and the Dinosaur by Syd Hoff is a simple level 1 reader for children beginning to read on their own.

After reading Goldilocks and the Three Dinosaurs, have your child “read” or tell it back to you.

Narrating: A classic Tomie DePaola book, The Knight and the Dragon is perfect for your kids that struggle with language-based tasks. There’s enough text in this book to set the stage and the illustrations are detailed enough for kids to fill in what’s happening in the story. Use this book to have your child narrate the story in the text-less sections. It’s a cute story about a princess that helps the knight and dragon work together in a way that benefits all.

Creative: Have your child imagine what it would be like to discover a dinosaur fossil. Use the accompanying If I Discovered a Dinosaur worksheet from the Free Resource Library to help your child create the details as a pre-writing task. Then, let them put the details into sentences and dictate the story to you.

Research: We used the National Geographic Little Kids First Big Book of Dinosaurs by Catherine D. Hughes to research dinosaurs. These Dinosaur Research report forms in the Free Resource Library, complete with photos, are just right for early elementary kids’ first research project. Other than stating that dinosaurs lived millions of years ago and specifying which time frame each dinosaur lived in, this book is suitable for use by those with a Creation worldview.

Discuss how adjectives describe nouns. When your child completed their creative writing assignment, they were using adjectives. Now, have them think of as many antonyms (opposites) and synonyms (same meaning) of the adjective big as they can after reading How Big Were Dinosaurs? by Lita Judge.

For fun this week, let your kids spell their spelling words with stamps. I’ve seen mini alphabet sets in the dollar section at Target and Michael’s or try these from Learning Resources or these Melissa and Doug stamps. For a super inexpensive option, look for some old scrapbooking stamps at a garage sale or in your mom’s attic.

Use the Easy Dinosaur Vocabulary cards from the Free Resource Library to learn new dinosaur-themed words. You can use the vocabulary words as spelling words, as a word wall to practice copywork, or as flashcards to work on memorizing definitions.

Many cultures all around the world have folktales that reference a global, catastrophic flood. This flood folktale is based upon the Abrahamic version. Listen to Noah’s Ark and the Great Flood on Stories Podcast.

Need Daily Lesson Plans and Instructions Already Laid Out for You?

Then Get our Dinosaurs & Dragons Unit Study Curriculum Bundle with all of the Printables in ONE Download PLUS get a Week’s Worth of Daily Lesson Plans!!

Start with I am NOT a Dinosaur! by Will Lach, which is a simple introduction to other extinct prehistoric creatures. After reading this book your child should have a basic understanding of which animals are dinosaurs and which are not.

Creation worldview notes: Skip the notes from the paleontologist and the last six pages. You may want to substitute the word humans for the word Neanderthal. Also, this book states (as fact) that birds are living dinosaurs, which is not even accepted by many secular paleontologists.

Next, use your dinosaur reports or the book National Geographic Little Kids First Big Book of Dinosaurs to sort dinosaurs into categories of meat-eaters (carnivores), plant-eaters (herbivores), or both (omnivores). There’s a Dinosaur Diet Venn diagram worksheet in the Free Resource Library to help with this task.

First, use the wordless book, Fossil, by Bill Thomson to start a discussion about collecting and examining fossils.

Then read pages 9 to 15, and pages 24 to 29 of The Great Dinosaur Mystery and the Bible by Paul S. Taylor. Adjust your talk about the radiometric dating of rocks to your child’s level of understanding. Check out the AnswersinGenesis website for more information (for parents) on carbon-14 dating.

Create your own dinosaur with legos. We found a fun lego dinosaur book at our local library that had instructions for building dinosaurs or look at the official Lego website for inspiration.

Learn about the true story of the Lascaux cave painting discovery in southern France. Use one of these three books: Discovery in the Cave by Mark Dubowski, The First Drawing by Mordicai Gerstein, or The Secret Cave: Discovering Lascaux by Emily Arnold McCully.

After reading about this amazing discovery, create your own cave painting. First, cut a paper grocery bag into a large rectangle. Next, crumple the paper into a ball and then smooth it back out. Imagine what prehistoric animals the cave dwellers might have seen and draw those animals using browns and blacks, just like the cave paintings.

For fine arts appreciation, look at the painting of St. George and the Dragon by Raphael, which hangs in the National Gallery of Art in Washington, D.C. Listen to the accompanying, most famous dragon-slaying story of all time in this podcast from StoryNory.

Practice counting by 2’s and 4’s with plastic dinosaurs. Let your child make dinosaur tracks in play-doh with their toy dinosaurs and then count by 2’s and 4’s to count the number of tracks they made.

The largest dinosaur track found was in Australia and was left by a plant-eating sauropod, such as a brachiosaurus. It measures 5 ft., 9 in. long; read about it here. Tyrannosaurus Rex footprints measuring 1 meter by 46 cm have also been found. For this math activity, print out this triceratops footprint, and then see how many of your shoes fit inside the dinosaur footprint.

For some gross motor work, sing and stomp to these two dinosaur songs: We Are the Dinosaurs and Dinosaur Stomp.

Create some dinosaur fossils with play-doh and toy dinosaurs to practice fine motor skills. Plus, play-doh is an easy way to get in a lot of heavy work (proprioceptive) which helps your child focus on other tasks during the day.

For more fine motor work, make some dinosaur tangrams with pattern blocks. Use these directions from SugarSpiceandGlitter. This would be a great project for upper elementary kids to make for their younger siblings!

Make a sensory bin dinosaur small world with pea gravel or sand, toy dinosaurs, and some fake greenery from the dollar store. We added in a river made from a blue strip of craft foam and a grassy area with a leftover piece of green felt.

For a simple review of manners, read the books, Suppose You Meet a Dinosaur: A First Book of Manners by Judy Sierra and the always popular How Do Dinosaurs Eat Their Food? by Jane Yolen and Mark Teague.

This next book makes clever use of homophones (words that sound the same, but are spelled differently and have different meanings). Dragon Night by J. R. Krause is a sweet story of a boy and his dragon friend and how they help one another overcome their fears. This is one story that your kids will want to hear over and over!

The True Story of Noah’s Ark by Tom Dooley and Bill Looney retells the Biblical account of the Flood and depicts what life inside the Ark may have been like. This is a very long book for little ones and you may need to divide the story into sections for different days.

Dinosaurs and Dragons History and Biography

The biography Barnum’s Bones by Tracey Fern describes how Barnum Brown’s parents named him after P. T. Barnum in hopes that he would do something amazing with his life. And in fact, he did! Brown discovered the most famous dinosaur in the world. Creation worldview note: two small references to “millions of years”.

Boy, Were We Wrong About the Dinosaurs by Kathleen V. Kudlinski discusses the history of studying dinosaur fossils and the incorrect conclusions that have been made over time. Creation worldview note: mentions that birds evolved from dinosaurs over millions of years on one page and on another page states that an asteroid MAY have caused the dinosaurs to die.

Take a field trip to a natural history museum to see dinosaur fossils. Use this site to find the museum closest to you. Don’t forget to also check your state parks, as those often have small museums with fossils.

Be sure to follow my Pinterest board Dinosaurs and Dragons for more great morning basket ideas for your Dinosaurs unit study!

And most importantly, pin this post so you can refer back to it during your Dinosaurs study. 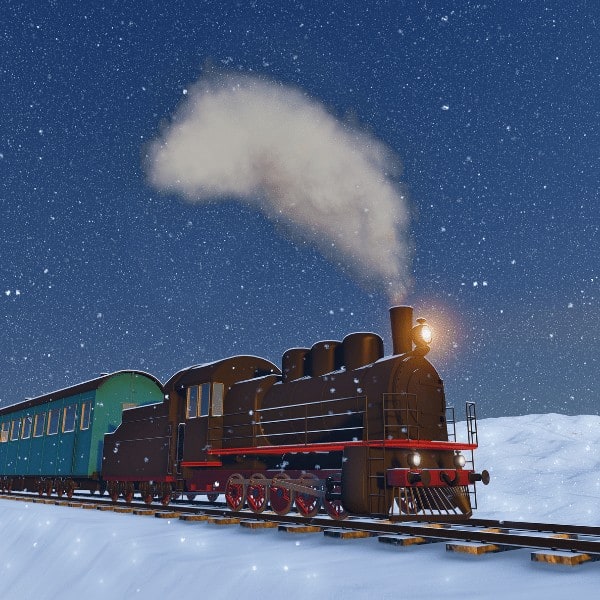 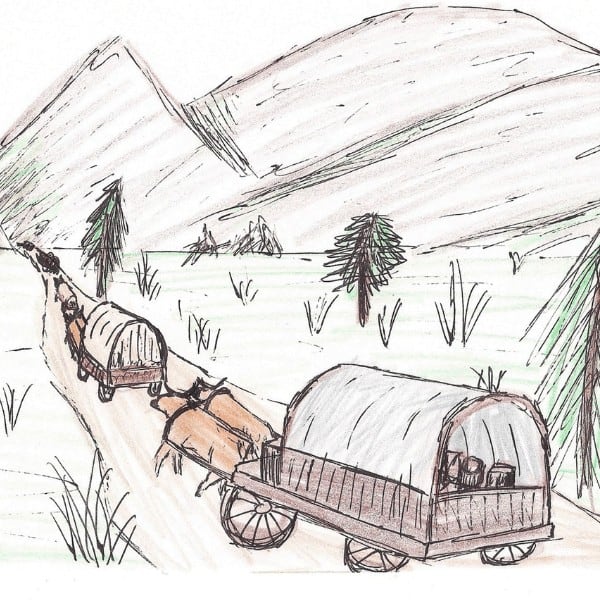 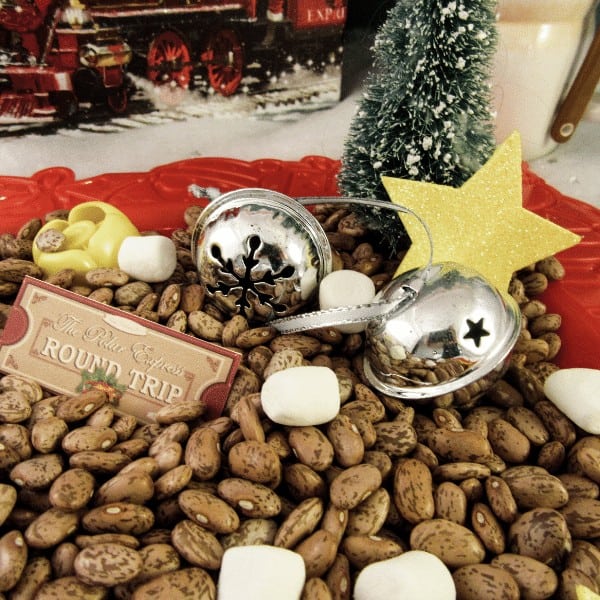 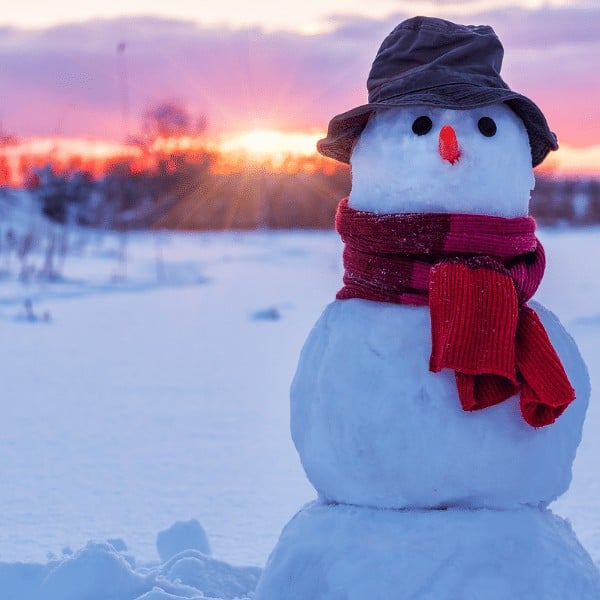